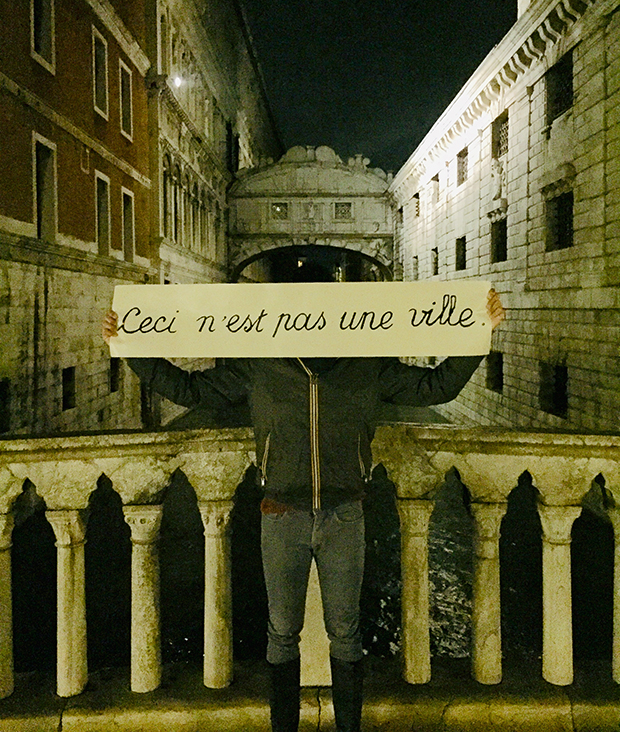 ZEROZAK returns in the lagoon city, in one of its most touristic spots: in front of the Ponte dei Sospiri. Using the famous Magritte paradox, he ridicules the political and business class that first consciously transformed Venice into a luna park and then, after the tragic high tides of these days, presented itself to the world as its first defender. Which of these two souls is the one who declares that “Venice is not a city”? Certainly it's not the soul of the activists who have been fighting for years against this destructive model of non-city.